Document Type : Letter to the editor

Childbirth is one of the most significant experiences in the lives of women. In some studies conducted on the psychology of childbirth, it has been defined by most women and their spouses as the most significant and challenging experience. When the type of childbirth is examined worlwide, most countries are determined to have a rate of caesarean above 15%, as recommended by the world health organization. Turkey, on the other hand, takes the lead among those countries with a rate of 52% about caesarean. Caesarean is a life-saving operation when needed. Yet, the women’s fear of childbirth, lack of belief in vaginal birth, and preferance of caesarean section as a “birth option” without receiving sufficient antenatal training and care are a tragic condition. Indeed, the majority of the planned caesarean operations are preventable by implementing essential interventions on reducing fear of delivery and providing sufficient support for childbirth as well. Because caesarean section is a surgical intervention, it includes a number of risky conditions compared to normal delivery such as the risk of anaesthesia, bleeding, embolism, increasing costs, etc. Even though caesarean is a life-saving surgical intervention, it has negative impacts on maternal mental health. Besides the planned caesarean operations, after emergency caesarean operations, maternal mental health problems such as post-traumatic stress disorder and postpartum depression are observed more often at postpartum period. In addition, those maternal mental problems might possibly interrupt the maternal bonding process that may lead to serious emotional, cognitive, and behavioural problems in children in long-term. Protection and improvement of the mother-baby mental health (that bonding the basic system for this mental health) might contribute to the protection of public health.

As to the reduction of caesarean section rates, fear of the childbirth (FOC) is the leading preventable reason. The goal in managing the FOC is to support women about accepting the uncertanities about the birth, reducing their anxiety level, and increasing the rate of vaginal delivery. In reducing their fear of childbirth, antenatal education and FOC-specified interventions as well as qualified midwifery care may be effective. The content of birth preparation education includes such issues as pregnancy and birth physiology, overcoming pain at the moment of birth, postpartum period, newborn care, etc. It has been demonstrated in certain studies that birth preparation education may improve the maternal health by reducing the fear of chilbirth and the number of medical intervetions during the delivery. However, psychoeducation should be included to antenatal education since it might be insufficient in certain conditions. 1 , 2

Pregnancy is far beyond a physiological process for women. It is a period when the unconscious emotions, fears, and conflicts are felt intensively. Pregnant women are able to express the toughest conflicts suddenly, directly, and clearly. Pregnancy is also the period when women need therapy, and they tend to receive theraphy more than ever. Therefore, psychoeducation in pregnancy is absolutely beneficial to improve maternal menatl health. The efficiency of psychoeducation and psychotheraphy is accepted in interventions which aimed to reduce fear of childbirth. In psychoeducation-based studies carried out to reduce the fear of childbirth, the benefits of psycoanalitic approach, cognitive behavioral approach, eye movement desensitization and reprocessing, art-theraphy groups, 2 and psychodrama were reported. 3

Psychodrama, which is based on the integration of philosophical, sociological, and psychological theories, is a psychotheraphy technique encouraging spontaneity, creativity and action, and rediscovery of reality. Psychodrama is not just an education, but a treatment technique presenting an improvement and awareness for one’s in-group relations as well as a potential cure. Psychodrama causes the individuals to re-experience their former conditions, so the person might get rid of the effects of former experiences. All of them occur at the same time with happiness, tears, laughs, and emotional depth. Psychodrama activities are fulfilled by psychodrama psychotherapists in group or individual theraphy sessions at antenatal period. During the psychodrama sessions, incomplete tasks of past experiences are completed, and rehersal of the future is performed in a safe therapeutic environment. In order to reduce the fear of pregnant women through using psychodrama, raising awareness about the reasons of those fears and focusing on traumatic experiences are rather crucial to deal with emotional load of those traumas. 4 Through psychodrama, content pregnant education programs and birth outcomes of the pregnant women may be improved by reducing their fears, so that they can have better birth outcomes by experiencing positive birth experiences.

Psychiatric problems occuring at postpartum period affect one out of five women, and seven out of ten of them cannot access any treatments. Such a condition affects the mother, baby, and family negatively. 5 Thus, it is considered to be rather beneficial to reduce FOC and support normal delivery through psychoeducation based on certain approaches in the improvement of maternal mental health during the pregnancy period. 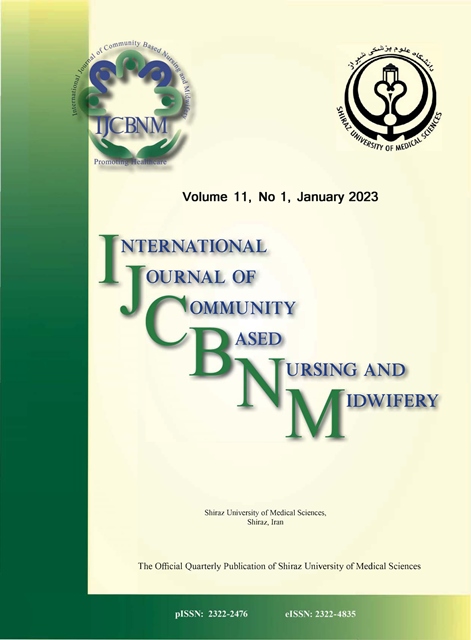